TELL ME MORE
There are at least 200 precious gemstones identified in the world today but some rarer than others. You may have heard of more common stones such as rubies, diamonds, emeralds, etc. but have you ever heard of a rare stone like Grandidierite? Lets explore the 10 rarest gemstones in the world.

Top 10 Rarest Gemstones In The World

Tanzanite is a gemstone found exclusively in Tanzania in a little area around the mountain Kilimanjaro; hence it’s named. This gemstone is comprised of mineral zoisite in a beautiful blue variety of colors. This stone wasn’t discovered till the 1960s, and so far, it has gained quite a great deal of popularity which we can give credit to Tiffany & Co for helping to make it possible. One of the things that can alter the blue of the Tanzanite is heat treatment done at very high temperatures. But in the market, the non-heated Tanzanite tends to be of more value with its naturally Strong blue color. Tanzanite is very rare and precious as it is found in just but a small area, and when this area is exhausted, Tanzanite may never return to the market again. 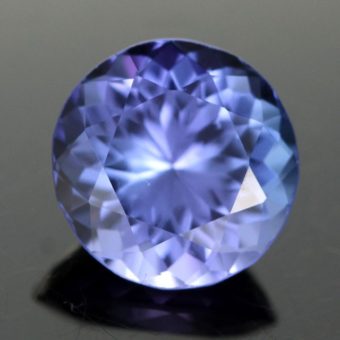 From the two types of pure jade, jadeite is the rarest. Comprising of pyroxene minerals, it has a lot of ancient and healing belief attached to it. Some people believe it can cure health related problems such as kidney stones when applied to the body. It has also been associated to be the birthstone of children born from 9-10 pm. Jadeite is very popular within the Chinese market and 90% of the worlds supply is sold into this country. The finest Jadeite is a gorgeous translucent green color that is unlike any other gemstone. 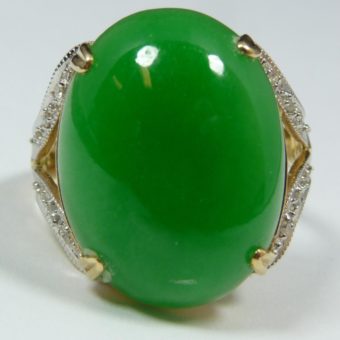 First discovered in the southern region of Madagascar in as far back as 1902, this precious gemstone was named after Alfred Grandidier who was a French explorer. This stone is so difficult to find; it is almost considered impossible. Although still one of the rarest stones, it has been found in places like Namibia as well as Sri Lanka over the years. Recently there has been a new discovery of this mineral found in Madagascar. The material that come out of that deposit is highly included and on suitable for specimens. There was a handful of clean stones cut though and this are extremely rare.

Black opals are really difficult and hard to finding. Unlike the more creamy white color of the opal, black opals are dark and are found in mines around the area of New South Wales, Australia. Black opals worth is determined by their color, as darker colored ones are considered most valuable coupled with brighter incisions. Aurora Australia is considered the most precious and valuable black opal ever since its uncovering in 1938 at the lightning ridge. This 180-carat opal gemstone is quite expensive as well as very admirable too.

One of the amazing things about this gemstone is its color change. It was discovered in the Ural mountains, Russia in the year 1830 and got its name from Tsar Alexander II, a Russian as well. Now the color changing the ability of this gem makes it a crowd favorite and thus, a very sought after treasure. The color of the Alexandrite in incandescent bulbs changes to a reddish purple while under sunlight, it has a blue-green appearance. And for this rare stone, a clear Alexandrite with color changing abilities is considered most valuable amongst the others. The thing, however, is that this stone comes under one carat. A few samples have been found of larger sizes, but this is more uncommon.

A panite gemstone is so rare, over the years, only one specimen of it was recorded to be in existence. This dark red gemstone was later discovered in the year 2004. And recently, it has been in constant production by mines in Myanmar. Over these recent years, over 1000 have been said to be in existence. And it has come a long way from when Arthur Charles Davy pain recognized it to be a new mineral in the year 1957, but yet, it is still a very rare commodity. 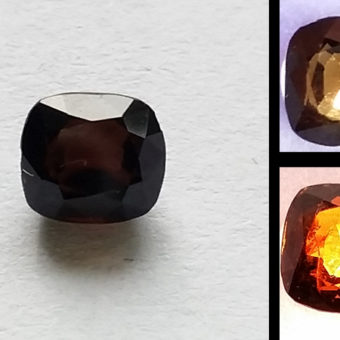 Another name Red beryl is known as is bixbite or red emerald. It is a very rare gemstone and can be equivalent to an estimate of 150,000 diamonds. Although the red beryl is red in color, the pure beryl is colorless and only ever gets its bright hues from rock impurities such as vanadium and chromium. These impurities give the beryl a green color. It also have a blue and yellow tint from iron as well as to as manganese, which results in golden beryl and red beryl. This gemstone is found only in Utah, New Mexico and Mexico. The ones found in these places are too small to be cut or put into proper use as the red beryl comes in mostly just one carat and anything more seems almost impossible to find. The most valuable of this stone would be a shade of raspberry pink or a purplish to red color. A stone known as the Pezzottaite has been marketed as red beryl and but they aren’t the same thing. Pezzottaite isn’t as rare and was discovered in Madagascar.

Discovered in the Musgrave range in South Australia in the year 1967, the Musgravite is a member of the Taffeite family. It comprises of magnesium and beryllium. It is a rare oxide stone and is very common and sought after by stone collectors. It is so rare; there are about eight known in the world. Due to this, it costs quite a lot of money. It would sell for about $35,000 per caret. It has also been known to be confused for a taaffeite from time to time.

This is a new gemstone that was discovered in 1907.  It is also considered one of the rarest gemstones on earth. Under ultraviolet light, it fluoresces, and it comprises of silicate, titanium and barium minerals. It is also relatively very expensive, just like other rare gemstones and doesn’t surpass 2 carats on a common occasion. A fun fact about this gemstone is that in 1985, it was made the official state gem of California, USA.

Discovered by chance by Austrian-Irish gemologist by the name Count Edwards Charles Richard Taaffe, it was discovered in the 1940s when mistaken for a collection of spinels, and thus it was named after him. After much research on where the stone originally came from, it was found out to be in Sri Lanka. China and Tanzania as well have quite a handful of this precious stone. In general, it is estimated that over 50 types this stone are in existence and hidden in a place so difficult for an average person to ever discover it. 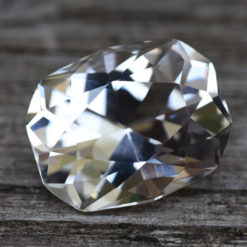 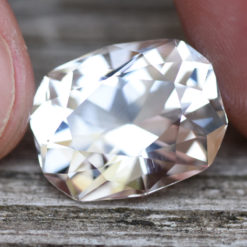