Have you ever seen a star on a gemstone? Or perhaps a concentration of light radiating from the center of the surface of a gemstone that looks like a star? What you’ve experienced is an amazing natural phenomenon called asterism, which occurs on certain types of gemstones.

Curious how these gemstones get their unique pattern? Great, you’ve come to the right place! We’re not alone in our affection for star gemstones, as they make beautiful jewelry accents as well as collector’s items.

So, what is asterism? Moreover, which stones display this attractive visual effect? Does asterism increase the value of a gemstone? Let’s answer all of your questions and more about asterism. First order of business:

Asterism by definition means “a group of stars that form a pattern,” however it has also come to represent the star-shaped pattern displayed on certain stones like crystals and Sapphires. Asterism occurs when light is reflected from a stone, and a cloudy star shape formulates. This signature star shape is almost opalescent and most commonly features six rays.

The intriguing thing about asterism is that when you hold a gemstone with asterism in your hand and rotate it, the star will dance around the stone. It’s a gorgeous effect that is eye-catching and brings a touch of astrology to the gemstone and mineral sphere.

Asterism is an extremely rare natural phenomenon; it is an optical effect in the shape of a star found on Cabochon stones like rubies and sapphires. How does this natural phenomenon occur? Well, when tiny fibers in minerals form dense inclusions, light reflects from the stone into a starburst figure.

The thin fibers within the gemstone are called rutile inclusions, and are so miniscule that they look like little needles inside the gem. Because of their milky and sleek shape, rutile inclusions are also called “silk.” 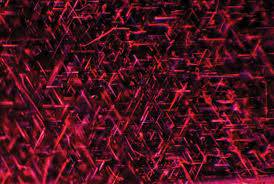 Asterism is actually a visual trick that occurs because the tiny fibers within the gem have a higher refractive index than the gemstone itself. This causes a bright star-like pattern to reflect off of the fibers and formulate little outward rays. The kicker is that these inclusions must be precisely aligned in order to showcase asterism, which is in large part why star gemstones are so rare. Nature is full of neat tricks, but asterism is such a novel feature that it is the one type of inclusion, or flaw, that adds value to a gemstone.

Another variation of asterism occurs from hematite inclusions. Hematite is an iron oxide mineral that occurs naturally in the earth’s soil and rocks. It is also present in crystal structures of gemstones like the black star sapphire.

The Two Types of Asterism

While the asterism effect might seem like a singular feature, there are actually two classes of asterism:

What Types of Gems Feature Asterism?

First, for a gemstone to feature asterism it must be a Cabochon gem, which is not cut, rather extremely polished until it’s completely smooth and round. When a gem is highly polished, it can display anywhere from 4-12 even numbered rays, with 6 being the most common and 12 being extremely rare. Types of gemstones with asterism include ruby, sapphire, moonstone, emerald, topaz, garnet, spinel and diopside. That said, by far the most popular and common of the lot are rubies and sapphires.

These appropriately named “star-stones” are the subject of superstition and folklore, personifying a sunbeam that fell in love with a star, and shone alongside the light of the moon. Whether it’s fairy tale or legend, there’s no disputing that star gemstones are the object of great affection worldwide. 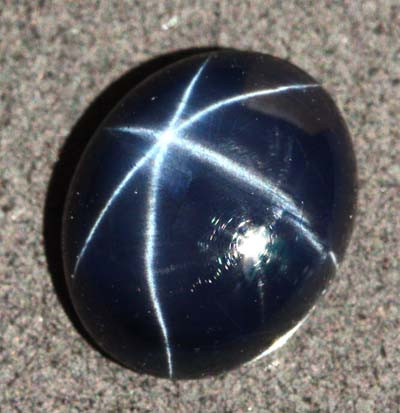 The value of a star gem hinges on several factors, namely the clarity of the star. In order to appraise a star gemstone, it must be assessed with a single lightsource. An appraiser will move the light around the stone’s surface to see how clearly the rays appear. The most valued star gemstones evenly distribute light, however star gems featuring 12-rays will fetch a higher price because of how rare they are.

Star gemstones are commonly sourced from Burma, Sri Lanka and Thailand. One thing to keep in mind when buying star stones is that there are synthetic variations that are created with diffusion treatment, a process of coating a gemstone in a layer of titanium dioxide. A good way to differentiate between an authentic star stone and a synthetic one is by looking at the color: synthetic gems will generally have near-perfect coloring and highly vivid stars. Natural star gems will vary in color and the star will have milky, opalescent hue.

By now you know all the fun facts about asterism, but where and how are star gemstones used? Due to their stunning star feature and astrological reference, it’s no surprise that asterism gemstones are extremely popular in jewelry. Star sapphires and rubies are often set in necklace pendants, rings, and even earring studs.

While star sapphires and rubies make stunning jewelry pieces, they are also an ideal fit for collectors. For example, there are museums around the world with famous star gemstones on display. The famous blue sapphire, “Star of India” weighs a whopping 563 carats and can be viewed on display at the Natural History Museum in New York City. 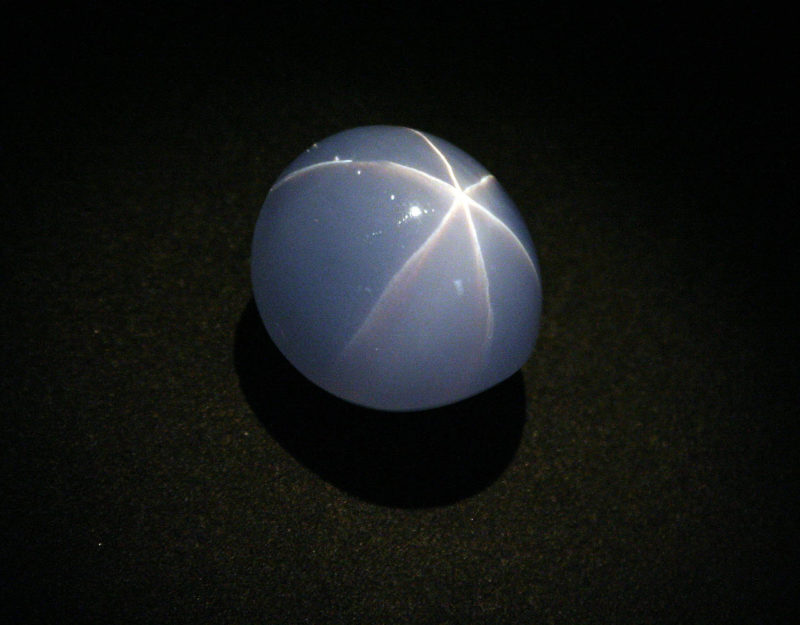 Additionally, the “Rosser Reeves,” named after the original owner of the stone, is a star ruby from Sri Lanka. This gemstone weighs in at 138.7 carats and is currently on display at the Smithsonian Institute in Washington, D.C. 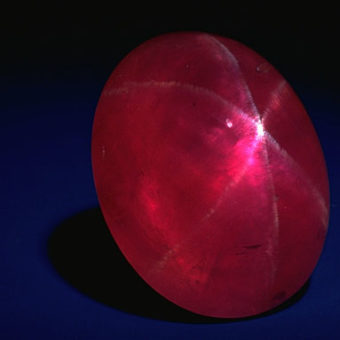 Have you fallen in love with the intrigue of these phenomenal gems? Browse our catalog for stunning star sapphires and rubies.

2 thoughts on “What is Gemstone Asterism?”