The use of yellow gemstones in jewelry has always been a popular choice. The color yellow is commonly used to signify wisdom, hope and happiness in the west and it depicts thoughts of wealth and empire in the east. Thoughts of the sun and gold are universally associated with this color. Of the numerous precious stones that are used in the world of modern jewelry, yellow is still an unconventional and underused color. With over 120 different types of yellow gemstone in the world we have picked out 10 of the more common yellow gemstones making them ideal presents of meaning for a loved one.

Sapphire may not be the first thing you think of when someone mentions yellow gemstones. Yellow sapphires are a lesser known color of the traditional blue sapphire. Yellow Sapphires can offer a slightly cheaper and more interesting choice for a classic gift. Second only to the diamond in terms of hardness and durability, the yellow sapphire is also close in price and by far the most expensive and traditional precious stone on this list. SHOP FOR SAPPHIRES

Citrine is one of the more well known and popular yellow gemstones. Citrine is an attractive yellow, or golden-yellow colored quartz which has a very defined and elegant appearance. It is common however for most Citrine in the market to be heat-treated amethyst and due to this they offer a much more financially viable option. Naturally occurring Citrine is rare but can be distinguished by it’s property of exhibiting several different colors from within when looked at closely. Citrine is linked to both the 13th and 17th wedding anniversaries. SHOP FOR CITRINE

Topaz was originally the term used for any yellow gemstone and still today carries this stigma. Today it has the more specific meaning of being an individual mineral. As the hardest silicate gemstone, Topaz is actually more commonly colorless but the yellow hues are some of rarest to find. It looks very similar to Citrine before closer inspection. The famed Imperial Topaz and precious Topaz both show the yellow hue. It is the pure yellow Topaz that is called precious Topaz while the orange Topaz with a hint of red is called Imperial Topaz. Topaz is also the least durable of the “hard gemstones” and so is not as suited to rings, bracelets or other objects which can suffer through inadvertent knocks and scrapes on a day-to-day basis, but should be protected and treated with care due to the generally brittle nature. SHOP FOR TOPAZ 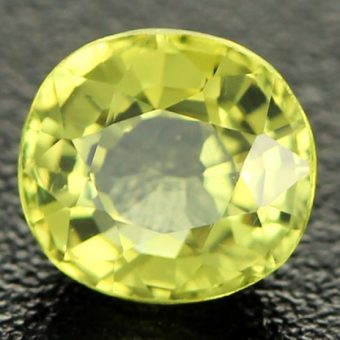 Garnet is typically found and known as a red gemstone but it does exist in yellow. Ganret is one of the most colorful species of gemstone which can provide a nice alternative when looking for a gift. The yellow gemstones in the Garnet family have special name such as Mali Garnet or topazolite. Since garnet is a mixture of different minerals who all share the same common properties the specific mineral that is yellow is called the Andradite Garnet. Garnet has existed in the world of jewelry as far back as the bronze age, around 3,000 BC, which gives it a very strong and classical look. Garnet also has a strong link to both a 2nd and 6th wedding anniversary. SHOP FOR GARNET

Jasper gems are another variation of quartz which appear in a multitude of colors. The stone canyon jasper being the yellow dappled version. These yellow gemstones have an almost wax like quality to them when polished which gives them a different look to many of the other yellow gemstones on this list. Coupled with their relative low cost has made them a preferred choice within more bulky and modern designs of jewelry. 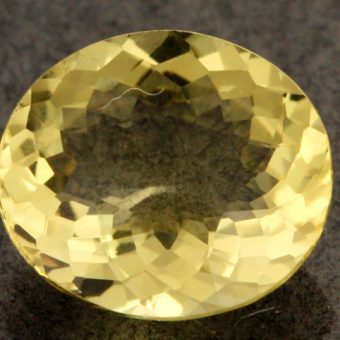 Beryl is actually the family name of this type of gemstone and relates to every color that it appears. The yellow gemstone is known as Heliodore after the sun and although not as commonly acknowledged as it’s green and blue counterparts, Emeralds and aquamarine respectively. It does possess almost identical properties and looks equally good as the centrepiece of classic looking jewelry of all types.

One of the more unheard of gemstones on this list, Tourmaline is available in over 100 different colors with multi-colored and color-changing (dichroic) stones not uncommon. The pure yellow gemstone is rarer than many others. As Tourmaline itself is one of the more common types of gemstone that can be found in all corners of the world, it has collected a wealth of associated stories from possessing healing powers to strengthen both body and mind, to having inspirational qualities as a talisman and as such makes a great present in the form of rings, bracelets and pendants.

Although it’s not a stone, amber is one of the few varieties of organic gemstones and is fossilised tree resin which makes it warm to the touch, again differentiating it from the other yellow gemstones on this list. Generally aged over 25 million+ years, Amber can be surprisingly affordable due to it’s relatively wide availability making it a more popular choice in more modern inspired jewelry designs. Plus you might be lucky enough to find a piece with an insect trapped inside.

Tiger’s eye is a common type of quartz which gets it’s name from the way in which it has a “cat’s eye” effect when polished. Because it is both attractive and inexpensive, the cheapest option on this list in fact, it is often used in decorating cuff links and pendants making it an ideal gift for those smaller occasions.

Zircon is often viewed as being a fake diamond due to having a similar appearance for a fraction of the cost. It is actually a naturally occurring gemstone despite some people believing it to be synthetic. Available in a range of colors, the yellow gemstones are the cheapest of this variety but just be sure to explain that it’s not actually a diamond when you present your gift.

One thought on “Yellow Gemstones Used In Jewelry”