Emeralds have been unearthed in many different places across the globe. Like many time-honored gemstones, origins trace back to ancient Egypt, home to the most well-known emerald mines.

As early as 2,000 BC, “Cleopatra” mines, or mines home to a myriad of exotic gemstones, paid homage to the ancient Egyptian queen.

Over time, the reference to Cleopatra faded into antiquity as emerald mines sprouted up around the globe. Even though the Egyptian mines are still regarded as the earliest deposits, Egypt isn’t the only home to this exotic gemstone.

Where else do they come from? From South America to Africa, emeralds sparkle from various regions around the world.

Let’s put our miner caps on and get to work excavating all the details about emerald origins. First stop: How do they form? Once we answer that, we can follow geology to trace the roots of the greenest gemstone in the world.

How Do Emeralds Form?

These stunning gemstones originate from a mineral called beryl. Because beryl is rare, so too are emeralds! Mineral aside, emeralds require a very specific foundation to grow. The conditions required are so specific and uncommon that finding a mine full of emeralds is relatively rare, despite the abundance of mines across the globe.

So, how do miners find emeralds if they are so rare?

You need only know where to look to uncover these sparkling jewels. A quick course in geography, as well as miner code, will lead the way to emeralds galore! Still, they don’t live near the surface, which means miners must dig deep to unveil these mysterious beauties. Imagine you step foot into a mine: where will you turn to start finding emeralds? We must briefly cover the geology in order to answer that question:

These beautiful gemstones can form in schist, gneiss, and pegmatite rocks. Though you likely won’t stumble on them inside of alluvial deposits, it is promising that you’ll find them embedded in ultramafic rocks, as well as certain mafic rocks. That’s because emeralds are rarely ever discovered far away from the source of the deposits. This is somewhat of a phenomenon resulting from the natural lack of durability in these gemstones.

Emeralds are few and far between in the United States, which means you must cross borders to discover these hidden treasures in other countries. Head over to Brazil, Colombia, and Zambia, and you’ll have much better luck finding them! What makes Africa and South America the premiere locations for mining? Let’s find out! 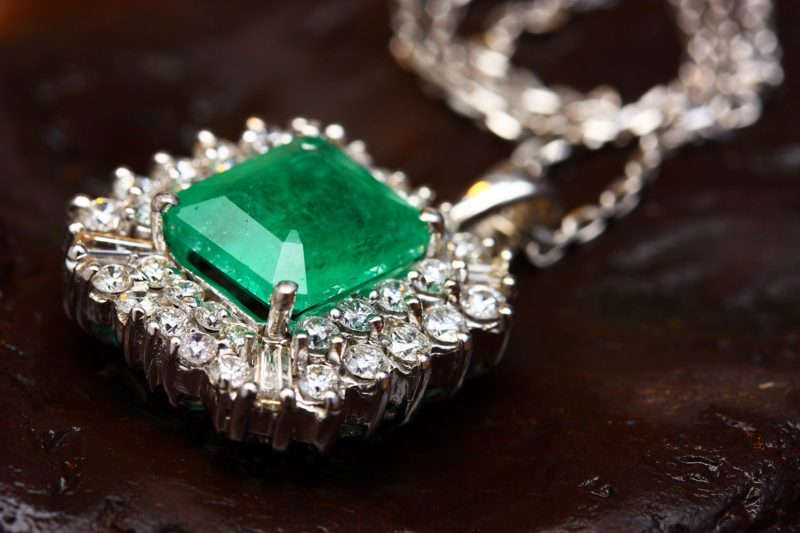 The three regions supplying the largest source of emeralds are Brazil, Colombia, and Zambia. The two Emeralds that get the most attention and are constantly compared are Colombia Emeralds and Zambian Emeralds. Let’s explore why these locations are geographically conducive to growing these beautiful gems.

In Brazil, the most common locations for sourcing these gemstones are Bahia, Goias, and Minas Gerais. Brazil has more deposits than you could even imagine, and even so, it ranks as 3rd most prominent supplier in the world. Brazilian emeralds have an ample amount of Chromium, which lightens the green color. Brazil is notorious for producing beautiful things, and these gemstones are no exception! 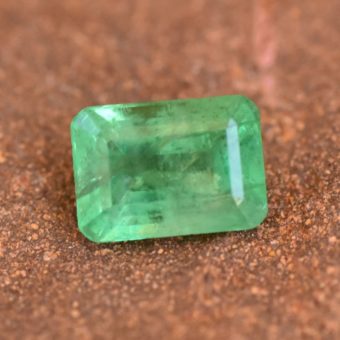 Colombia is the number one source of emeralds in the world. These jewels are so rare in most places around the world, but Colombia is a jackpot. Colombia is located along the Caribbean Sea and the Pacific Ocean. However, most of these mines are in Cundinamarca and Boyaca, both located in the Andes Mountain Range. 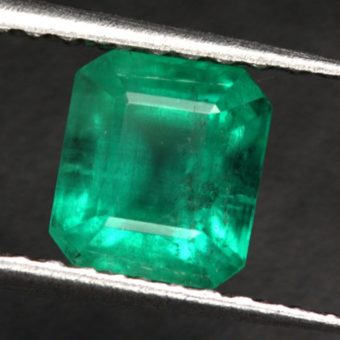 Zambia is home to the second-highest population of emeralds in the world. The Kafubu River region is host to a plethora of Zambian gemstones. In fact, 20% of the world’s supply come from this region. Not only are Zambian emeralds some of the most valuable and cherished gems on the planet, but Zambia is also the destination for some of the most impressive ones around. 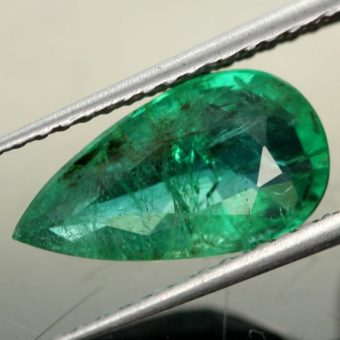 Recently, an emerald was discovered in the Zambian gem field mines in Kagem weighing a whopping 5,655 carats. The “Inkalamu”, (which is Zambian for lion) is the largest emerald in the world with the perfect green and golden hue. Impressive!

Still, they don’t have to be massive to capture the hearts of the masses. They’re one of the most popular gemstones, the birthstone for May, and have that magnetizing signature green hue. It’s no wonder everyone loves these dazzling green gems!

Now that we know where they come from, are all created equal? Not exactly!

Brazil, on the other hand, is home to much darker emeralds. The Brazilian variation has that quintessential rich green color that’s most desirable. This is due to the fact that the inclusions are a darker shade of green.

Lastly, Zambian emeralds have a unique blue-green tone. While they’re predominantly green, when held next to Brazilian or Colombian emeralds, they appear a tad more blue-gray than green.

Do They Come From Anywhere Else?

Brazil, Colombia, and Zambia are the top-three countries producing emeralds, yet they also come from other regions around the globe. Smaller deposits of emeralds exist in Afghanistan, Canada, Madagascar, Nigeria, Pakistan, Russia, and Zimbabwe.

At one point in time, Ethiopia also sourced emeralds. However, remember that the geology must be exact to produce these gemstones. Essentially, the right combination of rocks and elements must be present for them to grow. Still, much of emerald production is left to chance!

Perhaps that’s just another one of the alluring mysteries of this exotic and prized gemstone.

Emeralds are one of the most undeniably beautiful and magnificent gemstones in the world. Few gemstones hypnotize the masses with that sparkling green hue. It doesn’t hurt that they’re also extremely rare!

Are you infatuated with these sparkling green jewels? You’re not alone! Browse loose emeralds to find the perfect gemstone for your collection! 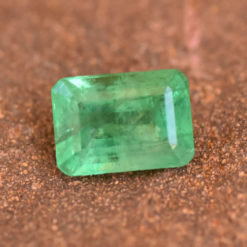 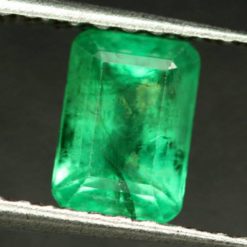 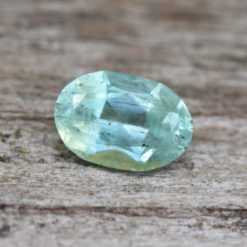 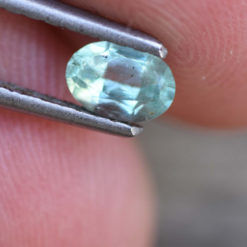 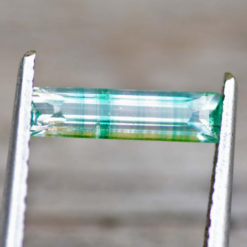 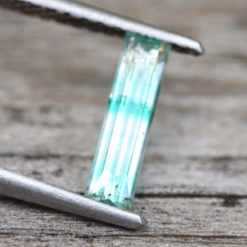 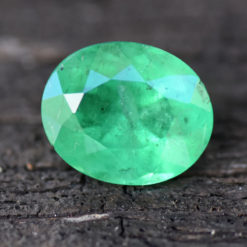 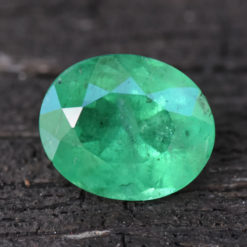 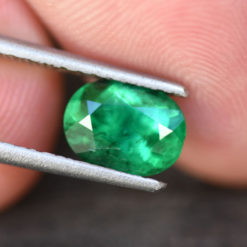 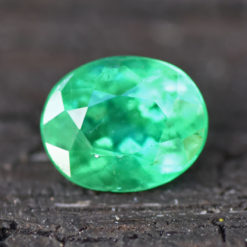 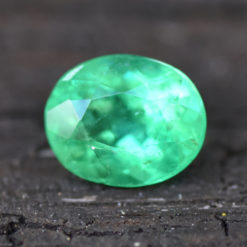 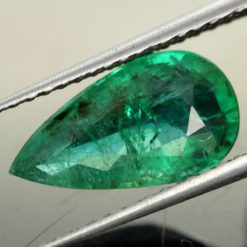 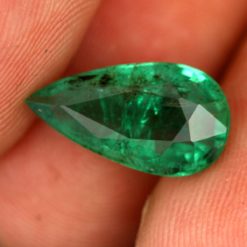