Gemstone scintillation is a term used to describe the life of a gemstone. There’s no shortage of very particular and specific terms in use when it comes to gemstones, their cuts, and the measurement of their worth. Most layman will never know what all of these things mean, but the more you know the better off you will be when the time comes to deal with gemstones. One such highly specific term is gemstone scintillation. It is the practice of cutting and crafting gemstones in certain ways to enhance their ability to refract and reflect light and therefore increase their luster.

Origin Of The Word Scintillation

Scintillation originates during the time of the Italian Renaissance, during which society took a much greater interest in the optical science. People became more enthralled with the nature of light, and the way it interacted with other objects in the world around it. Naturally this fascination with the properties of light and its effect on the world around it extended to gemstones, which already had many properties involving light to begin with. The new notion became how people could cut gemstones to make them reflect and refract light to an even more prominent degree, and thus the process of scintillation was born.

When gems are cut, planar surfaces are created called facets. The facets on top are referred to as the crown, and the facets on the bottom are known as the pavilion. These facets are created by scintillation to achieve one very particular goal, and that is to both control and enhance the light affecting the gemstone. The facets that make up the crown capture light. The facets in the pavilion reflect that captured light internally, giving off a visage of illumination for the entire gemstone. 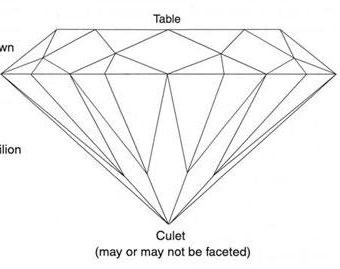 However, this is not actually scintillation. Scintillation is not how we refer to methods that affect and control light. Rather, it is one of the special methods used to do just that. it refers to flashes of light that occur when the gem, the observer, or the source of light affecting the gem moves. If you’ve ever turned a gemstone in your hand and have seen flashes of light because the angle of the gem in regards to the light was now different, you have experienced scintillation. You can think of it as the flashing or twinkling of light from a facet.

Scintillation Is Not Brilliance 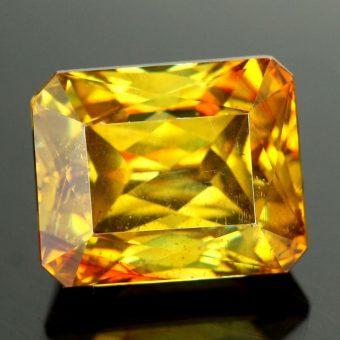 How To Judge Scintillation

When looking at a gemstone and moving it around in your hand the scintillation of the stone is how much life the stone has. The better the cut on the stone the more life it will have. It can be seen as flashes of different colored light coming from the gem. In the video below take not of how much life the stone have. The colors dance around and flash while the gem is moving.  A lifeless gem will likely be a flat color without any excitement.