The Hope Diamond has a very rich and long history. That history would take us back to the merchant Jean Baptiste who was known for his travels. During his travels he bought a diamond. The stone was 112 3/16 in carats in weight. The stone took the shape of a triangle and was roughly cut. It was believed to have been found in India. Specifically it was the Kollur mine that is situated in Golconda. The color of the diamond was a bright violet. It was considered to be very beautiful.

The merchant then went on to the King of France Louis XVI and sold many diamonds. Among the diamonds was the Hope diamond. The sale was completed in 1663. However, shortly after the sale, Jean Baptiste was declared dead after he was bitten to death by dogs. However the diamond stayed with the king for a very long time.

The Start of the Curse

In the year 1972, the diamond once again shifted hands after the royal family lost the diamond. The loss took place during the revolutionary days of the French nation. King Louis XVI was killed during this revolution after he was beheaded. This was the second death that the diamond had caused in the eyes of many. The diamond was not to be seen again for many years. It is believed that during the time when it was missing, the diamond was divided and resized into smaller portions.

The next time the diamond was believed to have been seen was at the hands of King George who was the king of Britain. It was said to have been sold to him through the popular British merchant Eliason. He was particularly known for his possession of highly sought precious stones, and it would not come as a surprise that it ended up in the hands of the monarch. However, the king lost his entire estate due to the large debts he owed. The name “Hope Diamond” was from its next owner Henry Thomas Hope. However, soon enough, this man also passed away while he was in possession of the diamond. It is believed that after the death of Thomas Hope, a lot of people who acquired this diamond also shared a similar fate. 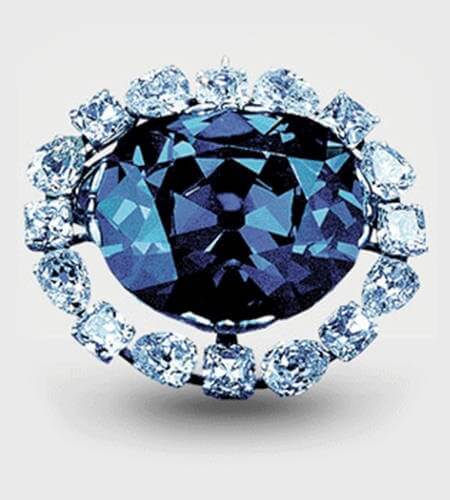 One of the reasons why the hope diamond is considered to be a mystery is because the diamond has a long list of casualties which seems to follow it anywhere that it goes. The first person who came in contact with the diamond Jean Baptiste died a brutal death at the hands of dogs. The royal family also suffered immense losses during the revolution period. The King of Britain indeed also suffered losses, and the subsequent death of Thomas Hope would make one wonder if the diamond was indeed cursed.

After the death of these people, many people were also believed to have owned this diamond. It is believed that these people suffered from a lot of problems. Some of them were depressed and committed suicide; others suddenly had bad investments which resulted in a loss of capital. They were subsequently left penniless. The other was also the victim of very brutal murders while for others, the diamond was said to have affected their marriages in a fatal way. Other things the curse could bring would include insanity, the death of loved ones especially children and alcoholism.

Due to these incidents and the subsequent fear that people had for the diamond, it became very popular and mysterious. In fact, the hope diamond became the most popular cursed diamond in recent times. While the hope diamond stands on its own, there are also a host of other fetish beliefs about diamonds in particular. For many people, diamonds that come in large quantities or are largely uncut are seen as misfortunes or a bad omen. Most people would thus choose to stay away from diamonds in order to remain safe from the power of the curse. 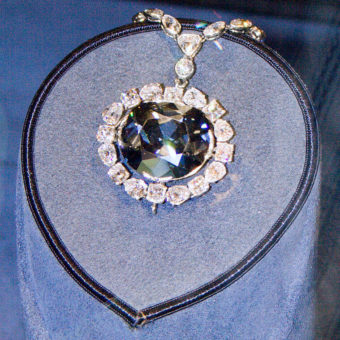 Where is the Hope Diamond Now?

In 1839, the hope diamond was believed to be in the hands of Henry Philip Hope. As was the norm among most owners of the diamond, he passed away. The diamond thus made its way into the hands of his nephew. His nephew’s name was called Henry Thomas Hope. He died soon enough as earlier stated, and it was subsequently passed to Francis Hope. Lord Francis Hope soon become penniless due to a large amount of debt. He ordered for the sale of the diamond. This, he believed would be enough to settle his debts.

Mr. Mclean was very expressive with her wearing of the diamond. Thus, she used it in a lot of events. She, however, died in 1947. The diamond was later purchased by Harry Winston when he bought Mclean jewelry set. Harry Winston Inc. used the hope diamond as a source of star attraction pulling a lot of crowd and attention as the mystery surrounding was already very rife. However, on the 10th day of November, the Smithsonian Institution now had possession of the hope diamond after it was donated by Harry Winston Inc. the diamond remains in this institution up to this day. 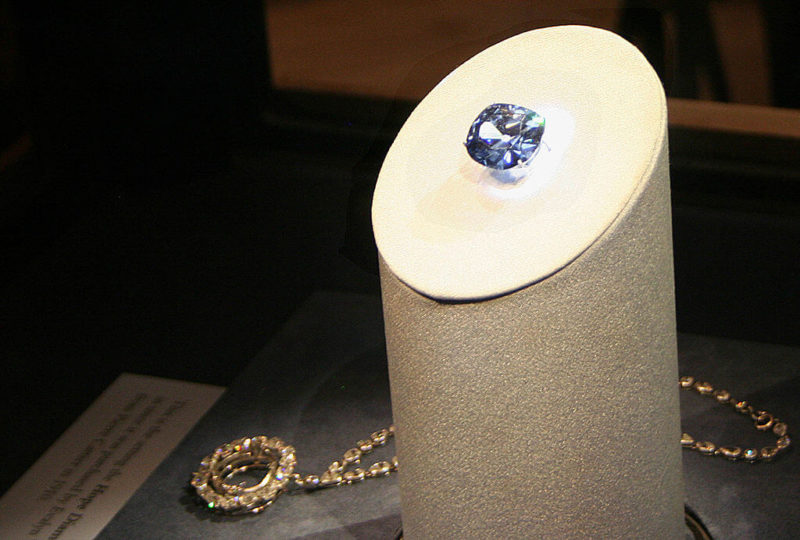 Was it really a cursed diamond?

The mystery surrounding the hope diamond led to many people believing that the diamond was cursed. However, the fact that most of its owners went penniless and were murdered violently did not always fit the bill. Most of the stories were either hyped or exaggerated by journalists and reporters.
While there is no doubt that some of its owners suffered death, it is by no means conclusive that the diamond has a curse. Most people died normal deaths and at an elderly age. However, the fact that the hope diamond was associated with a curse would make many people feel that the tragic situation was because of the presence of the diamond.
Also, believing that the hope diamond was indeed cursed would lead to further complications. For example, this would mean that there was indeed a supernatural element about the diamond. It would also mean that everyone associated with the diamond would also be involved with the curse. This would mean that three centuries of related persons must have been in one way be affected. That is too far to call or tell. We can only admit that the stone has followed the history of some great personalities and is one of the most popular stones in history. 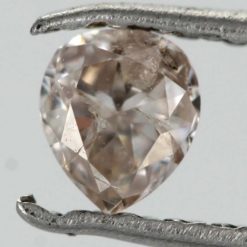 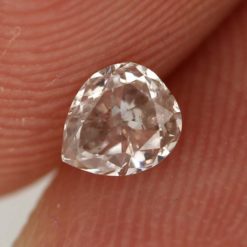 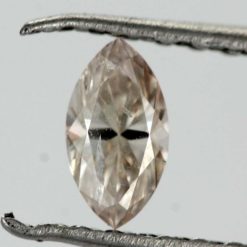 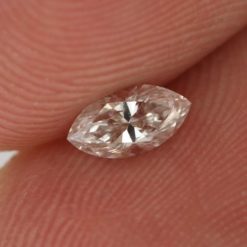