The January birthstone is the colorful Garnet. The use of birthstones to accompany a birth month dates back to the ancient times when it was believed that gemstones had powers in them such as prosperity, health, and luck. Traditionally, it was considered that each month has a single gemstone, but it has changed over the years and now there are multiple gemstones for a few months. The birthstone for January is the amazing and truly spellbinding garnet.

Imagine wearing a mesmerizing stone that is named after the month in which you are born. People who are born in January can feel lucky to have a truly breathtaking stone named after their birth month. To signify the belonging of a child born at the beginning of the month, a garnet stone is used to depict his/her vibrant personality. It is a stone that symbolizes prosperity, peace, and good health. While some believe that it gives health, eternal happiness, and wealth, but there is no denying that it is a perfect gem that can captivate anyone with its sheer beauty.

It is important to understand that the garnet is many stones with different colors and not just a stone with a single color. However, the same mineral makes up all the stones and that is why they are grouped together as garnet. Regarded as one of the most versatile gemstones, garnet is the name of a pool of minerals that are found in a rainbow of colors that range from the stunning green (known as tsavorites) to fiery orange (called Mandarin) to everyone’s favorite deep red (known as pyrope). Some of the most important sources of the garnet are African countries, India, and Sri Lanka. With the hardness of 6.5 to 7.5 on Mohs’ scale, it is considered a long-lasting gemstone that is a perfect gift to give at the start of a New Year or to people who are born in January.

Such is garnet’s durability that garnet jewelry remnants from the Bronze Age can be found even today. Sources and evidence have traced back the use of the garnet as inlays in carvings and jewelry by the Egyptians that dates back about 3100 B.C. According to Egyptians, the gemstone was a symbol of life. In the 3rd and 4th century, it was popularly used by the Romans. The garnet was also used by wise men and ancient healers by placing it on the wounds. Warriors used it for protection from plague and pestilence before going into battles. Throughout the ages, mankind has used garnet as jewelry. In ancient Rome, it was used as signet rings. It became more popular during the Victorian era, especially the dark red garnets.

From lively and vibrant colors to subtle hues, the garnet comes in a variety of colors such as red, pink, orange, brown, green, black, yellow, and blue. When it comes to cut, clarity, and color, the same grading system can be used for garnet as it is used for diamond. It comes in a number of elegant and sophisticated looking shapes. There are 8 main types of garnet that come from different parts of the world. Each garnet type comes with its unique set of properties with differences such as density, variation in colors, and refraction capacities. The types are: The birthstone of January, the garnet, is considered a great symbol of loyalty, prosperity, and enduring affections. Needless to say, it is a gift that stays with the person for many years to come. If you know someone whose birth month is January, there is no better gift than a garnet. 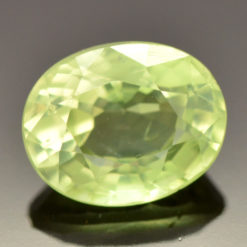 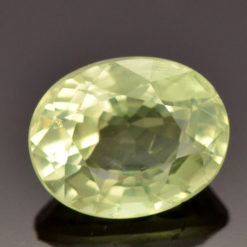 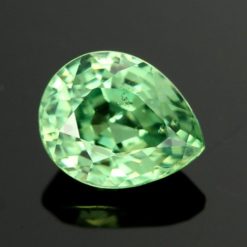 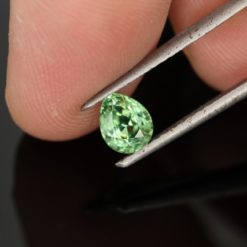