Aside from this common feature, it’s safe to say that sard, sardonyx and carnelian are three separate entities. Many people commonly confuse sard and sardonyx simply because of similarities in the names. Similarly, carnelian and sard are chemically indistinguishable, but that doesn’t mean they look the same.

You may question: what’s the difference between sard vs. sardonyx? And on that note, is sard the same thing as carnelian? How can you differentiate one from the other? There’s a lot of confusion surrounding these three gemstones because, well, they are cut from the same cloth (or rough stone, if you will).

We’ll iron out the differences between these three unique gemstones below. First, let’s define each one to see how unique they truly are!

Sard is a deep colored reddish-brown stone and variety of chalcedony quartz. As a relative of the gemstone, carnelian, sard is often compared to carnelian and sardonyx. Unlike carnelian, which is an orange stone, sard is a dark, deep brown color. Distinguishing between these two stones is difficult because a carnelian gemstone can actually turn into sard. The darker the stone gets; the more it dips into sard territory. 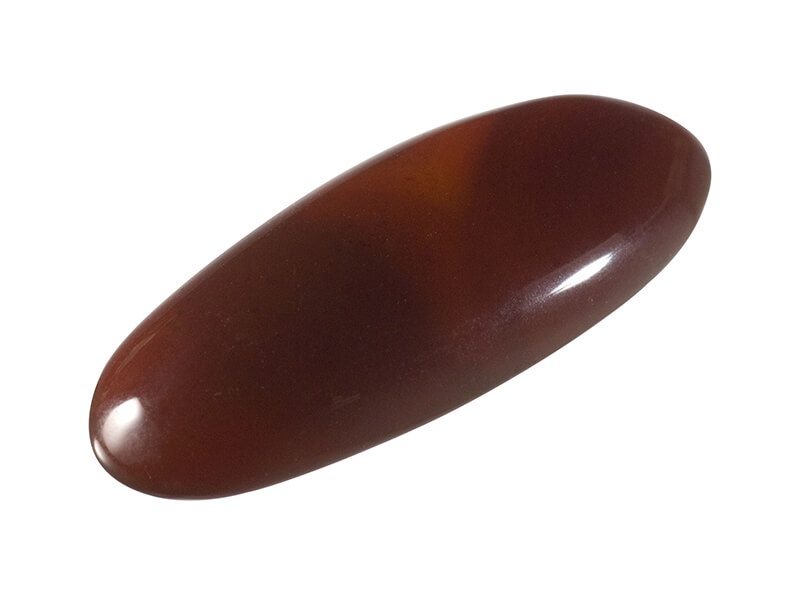 A sardonyx stone is a form of onyx and banded agate, however, it’s brown in color, while pure onyx is most often black. People often misconstrue onyx as a black quartz stone, however, there is a discrepancy in this logic. See, onyx isn’t an actual family of gemstones, rather a term used to describe layered stones that contain bands of black and white. The key difference here is that sardonyx is technically an onyx stone that’s layered with sard bands. In other words, sard is a variety of onyx, but it has a brown base instead of black. 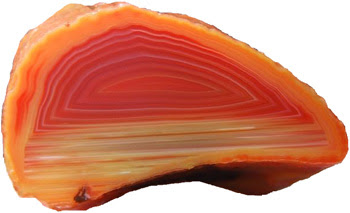 Of the three stones we’re addressing in this article, carnelian is the most popular jewelry gemstone and healing crystal. With its bright, mid-orange translucence, carnelian is a stunning semi-precious gemstone. Carnelian is also valued for its metaphysical properties and is often used for crystal healing. So, if it’s an identifiable gemstone, why is it often confused with sard? Excellent question!

As mentioned, sard is a variety of chalcedony quartz, and so is carnelian. However, the two are not the same exact stone. The main difference here is the color, as carnelian is orange and sard is a deep reddish-brown. Still, the lines frequently blur between these two gemstones because there isn’t much to distinguish one from the other, aside from color, of course.

Think of carnelian vs. sard as rubies vs. sapphires. We know that sapphires are a corundum variety of gemstones that come in every color. However, a red sapphire is called a ruby. There is no distinction between a ruby and a sapphire other than the color. It’s the same story for carnelian vs. sard.

If we want to better understand the distinguishing features of each of these gemstones, we need to examine where they come from. As is the case with many natural minerals and specimens, origin plays a large role in a gemstone’s physical composition and beauty. 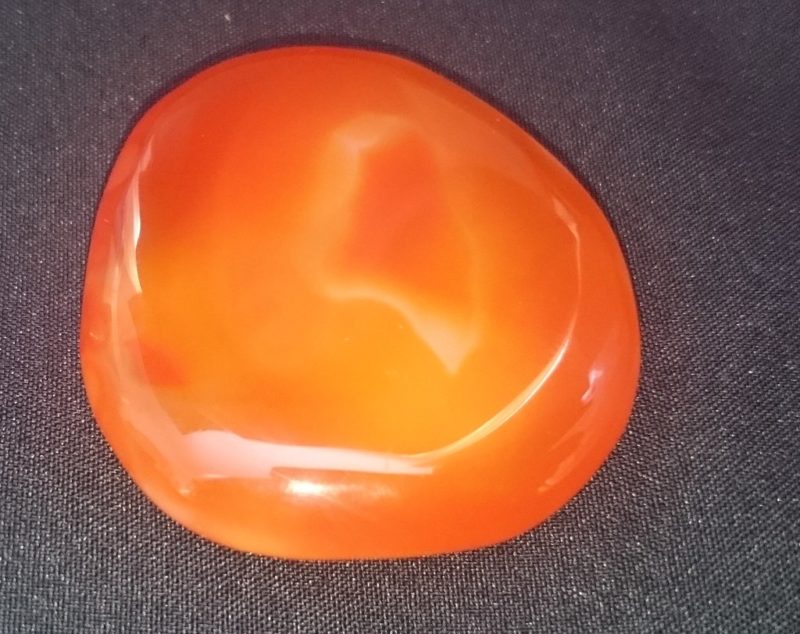 Both sard and sardonyx come from mines in the USA, Russia, Brazil, Germany and India. Carnelian comes from Brazil and India. However, there are also deposits in Uraguay and Madagascar. As you can imagine, each one of these unique gemstones traces back to antiquity.

Sard and carnelian were popular during the Roman Empire as signet rings. Much like your signature, signet rings were a personalized stamp used to seal letters and documents with an imprint from the sender. These materials were favored above others because they did not stick to the wax stamps. And that’s not the only purpose these gemstones served. There are sard cameo carvings dating back to Roman times.

Even before the Roman Empire, sard stones were mined during the Bronze Age. The ancient capital, Lydia, was originally named Sardion, which combined the words sard and carnelian into one.

All three of these stones were used in ancient times to ward off evil spirits. Crystal healing is an ancient practice of protecting the home from negative and evil energies. Ancient Egyptians placed sard, carnelian and sardonyx stones in the corners of their homes to build positive energy that served as a barrier against evil.

Another difference between these three gemstones is the healing properties they contain. Sardonyx is the birthstone for Virgo, Aries, Taurus and Leo. The stone beholds positive energy that fosters integrity and good relations.

Summarizing the Differences between Sard, Sardonyx and Carnelian

After examining the differences between sard, sardonyx and carnelian, it’s safe to say that these three gems share similarities. While each comes from the same family of microcrystalline quartz, the distinguishing features can be seen below.

As you can see, each one of these stones contains unique features, and have been used by civilizations for thousands of years for various purposes. While sard, sardonyx and carnelian are closely related stones, their differences are most noticed in color. If sard was the same color as sardonyx, it would likely have the same name, and vice versa. Conversely, carnelian and sard are closely related, which means they are only identifiable by their variances in color.

One thought on “Sard, Sardonyx and Carnelian: Are They The Same Thing?”