TELL ME MORE
When you think about red gemstones that first gemstone that comes to mind is the Ruby. Red gemstones are highly sought after and include fire opal, garnet, and spinel. There is also red tourmaline commonly known as rubellite and even red Topaz. Many of the red gemstones are just slightly red, while others appear pure red. Rhodolite garnet is a purplish shade, while hessonite and fire opal are an orangey shade. It is fairly common for people to purchase gemstones by type, but it’s incredibly common for a person to search by colour. Colour is an incredibly important factor in gem purchasing and it can be difficult to find the colour of gem you are looking for, with most stones being organized by type. Keep reading to learn more about the types of red gemstones that are available.

Ruby’s Latin word is rubeus, which means red. Rubies are the red variety of corundum with the other colors of corundum known as sapphires. On the Mohs scale, corundum has a rating of 9 and is the second hardest substance. It is this hardness, its silky shine, and rich colour that make the ruby so valuable. Rubies can range in colour from pink to orange, purple and brownish tinges of red. The colour is dependent on the iron content and chromium of the stone. A good ruby in a medium to medium dark red tone will command a very high price. The colour is the most important factor in what determines the price of a ruby gemstone. The majority or rubies are mined in Asia, with Myanmar (Burma) being the biggest supplies. The newest Ruby supplier is Mozambique with a company called Gemfields doing large scale mining in the area. It is producing some of the most beautiful red Rubies that could rival the famed Burmese stones. SHOP RUBIES

Red topaz is an imperial topaz. Imperials come in a range of colours including orange, yellow, pink, and pinkish red. These are the rarest topaz, and red imperial topaz are even more rare. The red topaz is the most valuable of all imperial topazes, because of its rarity. They are found very rarely, those that do appear tend to come from Brazil. 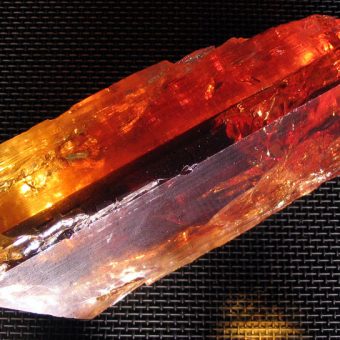 Spinels come in various colours, including red. Previously, the red stones were mistakenly known as balas rubies or spinel-rubies. This was before modern science could differentiated between Ruby and Spinel.  The word balas originated in Persia, which was the main source of spinels for centuries. They are also found in Myanmar and Sri Lanka. The most famous Spinel is called the Black Princes Ruby and sits in the Royal Crown. SHOP SPINEL

A red tourmaline, which is hard and glassy. The red rubellite come from the family of elbaites. Elbites are the most common form of Tourmaline and come in green, blue, and colourless varieties. Rubellites colours range from pinkish red to red and the red stones are found in an abundance throughout Brazil, Pakistan, and Africa. SHOP TOURMALINE

Red diamonds are extremely rare. Impurities in diamonds create various colours, but red is rare. There are very few red diamonds in known existence, and they are very small. 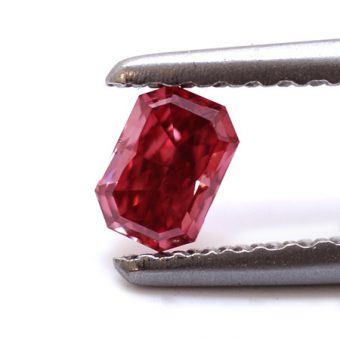 Previously known as bixbite, red beryl is a rare red gemstone. By nature, the pure beryl is colourless. When the beryl is tinted by other minerals, coloured gemstones are produced. Beryl’s can be emerald, green, and red. The red gemstones are found in New Mexico and Utah, but they are expensive due to their rarity. 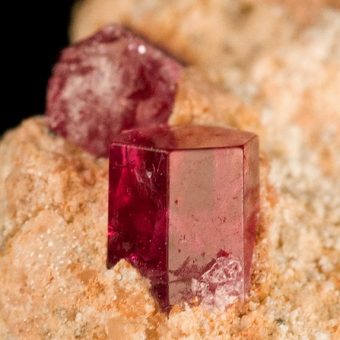 This is a type of beryl, but it’s a different variety due to the presence of lithium. Pezzottaite were only discovered recently, with large deposits being found in Afghanistan and Madagascar. They come in orange red, pinkish red, and raspberry red. 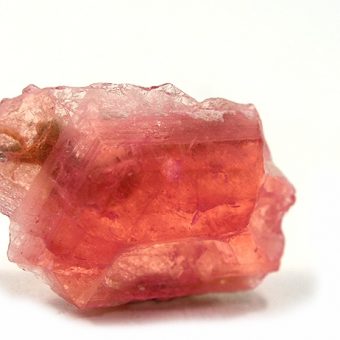 These are diamond like gemstones that come in green, yellow, black, and red. The red gemstone is specifically referred to as hyacinth. They are often used as an inexpensive alternative to diamonds, as they are found abundantly. SHOP ZIRCON

Another recent discovery, and belongs to the mineral group feldspar.

Like andesine, the sunstone is a feldspar. These are found in an abundance in Oregon. 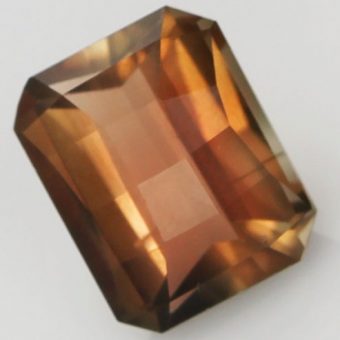 These are found in orange, red, and yellow- however the red fire opal is extremely rare. The majority of the red gemstones hail from Mexico. 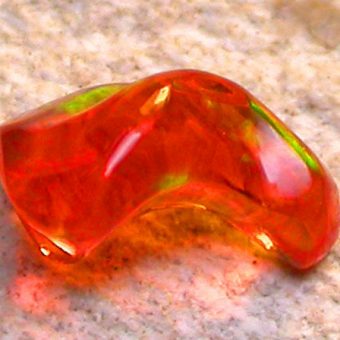 While the word garnet comes the French work grenat, meaning deep red, the gemstone comes in a variety of colours. There are several types of garnet, and the red rock hails from grossular, spessartine, andradite, and pyrope. The most common of these are carbuncles, which are deep red. SHOP GARNET

It occurs as a red gemstone and it is used widely for beadwork, as the semi-precious stone is cut into beads.

While sardonyx is another type of agate, it is banded and made up of stripes of onyx and sard, hence the term sardonyx. Sard makes up the red bands, while onyx makes up the white stripes of sardonyx.

Fluorspars or fluorites are bright and colourful stones- so bright, in fact, they gave birth to the word fluorescent. They come in every colour, and the colour red is the least common of the fluorite family. They are incredibly soft, however, so these red stones are not used widely in the world of jewellery making.

Like sardonyx and canerlians, jasper is an opaque chalcedony. The difference is it can be banded or stripes, and it opaque. It commonly occurs as a red gemstone.

The tiger’s eye is a gemstone from the quart family, just like citrine and chalcedony. Tiger’s eye come in a variety of colors, from golden to brownish red. The semi-precious red stones have usually gone through a mild heat treatment. The red tiger’s eye gemstone is treasured for its shimmery lustre.

Cuprite comes from the Latin cuprum, which means copper. Cuprite’s are part of the ores used to produce copper. While they have a distinctive red colour, it’s very rare that they are used in making jewellery. It isn’t because the stones are of poor quality, but because they are soft. Soft stones aren’t ideal for use in jewellery making. Additionally, they come in tiny crystals so they are too small to turn into faceted gemstones.   SHOP FOR GEMSTONES

4 thoughts on “List Of Red Gemstones Used In Jewelry”