I’ll take a Rare Gemstone over a Diamond any day…

Out of the thousands of different minerals created by nature, only 130 or so are suitable for use as gemstones and even fewer would be considered a rare gemstone. Most people will only recognize a handful of the most popular gems which make up this 130. This includes gems like Ruby, Sapphire, Emerald, Diamond and Opal.

For the avid collector or someone who wants to be different, there is a smorgasbord of rare and unusual gems to choose from that each have their own individual characteristics. Now with the internet, it is so much easier to find these gemstones and it enables people to educate themselves about all of the wonderful rare gemstones out there.

Below are some rare gemstone that are commonly used in jewellery and even though they are rarer than diamonds in most cases, they are very affordable.

Danburite – Usually a white gem, but it also come in this nice yellow colour.

Ammolite – This gem can give opal a real run for it’s money. The colours are just amazing.

Sphene – This is becoming more popular with the new finds in Madagascar and Pakistan producing some beautiful colours. It has more dispersion (fire) than a Diamond and it just dances in the light.

For those of you where money is no object, here is a list of rare gemstones that are prized among connoisseurs.

Red Beryl – Only found in Utah, USA. There are only a handful of cut gems in existance.

Jeremejevite – The most popular colour is pale blue.

Alexandrite – This is the colour change variety of Chrysoberyl. The best quality Alexandrites come from Russia and change from traffic light red to traffic light green in different lighting. 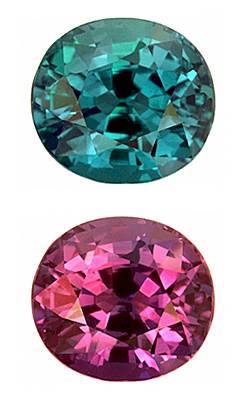 Benitoite – This is a beautiful blue gem from California. It has high dispersion (fire) so it looks stunning in jewellery.

Blue Garnet – The rarest of all the Garnets. These can fetch up to $1.5 million / ct.

Red Diamond – Most people know pink Diamonds are rare, but red diamonds take rarity to whole new level. Only a handful of red diamonds have ever been graded vivid red, meaning they have no other secondary hue. 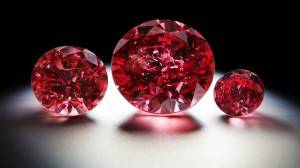 This is just a small list of rare gemstone that exist. The internet is a great place to start searching for different types of gemstones that you can add to your bucket list.

At Seda Gems, we have a collection of rare gems that are available for viewing upon request.